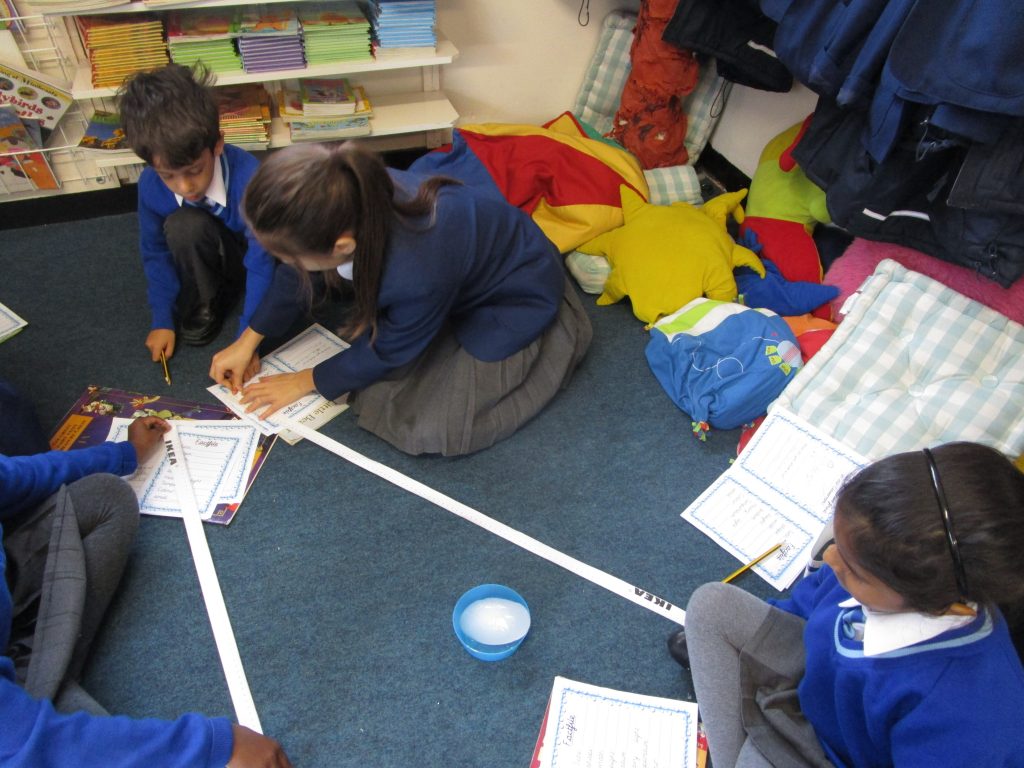 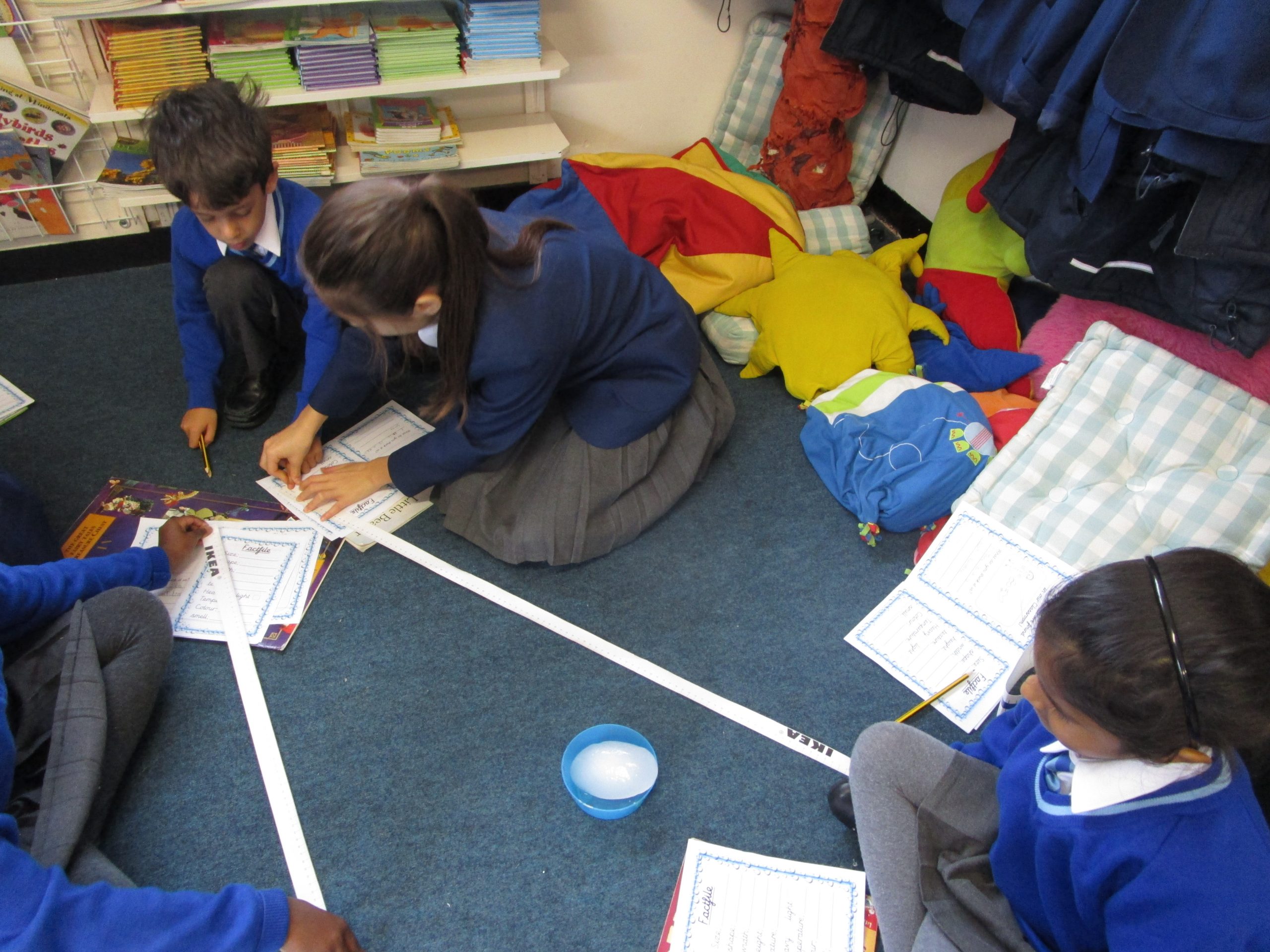 Today Year 1 Cranes and Year 6JM had the most fantastic day!

It all started when Mrs Cooper was told by the school caretaker that she was not to take her class to be registered in their classroom, they had to wait for Year 6 to come and help them?

It all became clear when they finally entered the Cranes classroom- it had been ravaged in a storm. The children began to tidy, excitedly Ajay exclaimed, “a hail stone, I have found a hail stone!”. It was true, the children began to find a number of giant hail stones around the claasroom. Everyone was very confused and many suggestions were given as to where they could have come from, my favourite being- penguins having a snowball fight!

The children then decided it would be a good idea to investigate these hail stones further. They measured, weighed and described the stones- working in small teams with both Year 1 and 6 pupil. The results were fantastic!

The children were treated to Spanish lesson with Year 6 on the weather, they also joined Year 6’s ICT lesson, where the Year 6 helped the children research and composed a fact file on hailstones.

All in all both classes had a fun packed day where they have learnt much about giant hail stones!