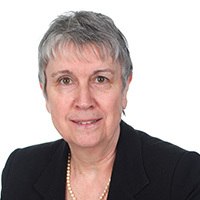 Mrs Fay Cookson has a long association with the school having attended Essex House, the original school where Avon House now stands.

Fay started her teaching career in the state system whilst gaining her Post Graduate Diploma in Specific Learning Difficulties.  She subsequently taught at Avon House and became its first SENCO.

Fay has been Head of the Sheila Ferrari Dyslexia Centre for many years and a CReSTed Consultant travelling in the UK to inspect SEND provision in participating schools.

Fay has a son who is ordained in the Anglican Church and a daughter who is the Head of Learning Support at Greshams Prep School in Norfolk.

In her spare time Fay enjoys calligraphy, music, theatre and travelling (especially to Rome) and most of all spending time with her young grandson.

Fay’s responsibility as Governor is Safeguarding.

We are very proud to display our Rights Respecting School Gold banner to recognise the excellent contributions of our pupils...

This year we were able to host this Year’s Prize Giving in the wonderful setting of All Saint’s Church with...